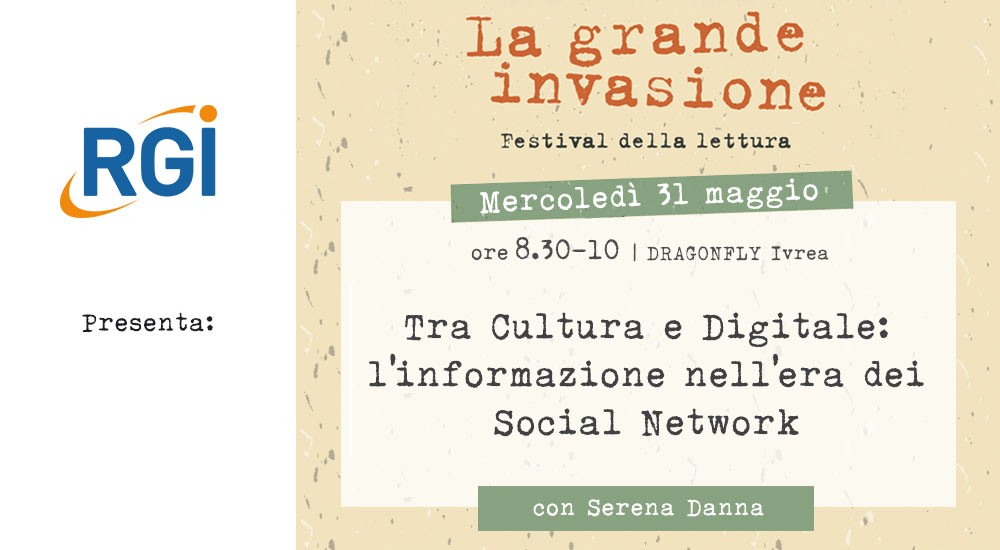 On Wednesday 31st of May at 8.30 am at Dragonfly, a coffee bar under RGI headquarters, Vito Rocca, RGI CEO, and Serena Danna open the festival to deepen a theme with a bridge between RGI's experience and the cultural focus of the “Grande Invasione”, in a tête-à-tête meeting titled "Between culture and digital: the information in the age of the social network".

The partnership with the event, which came to the fifth edition in 2017, is part of RGI's long tradition of support to the local territory through initiatives targeted to its employees, but also to the city itself.

The event is an evolution of the traditional "newspaper reading breakfast" which has always characterized the mornings of Ivrea during the days of the literary event organized by Marco Cassini and Gianmario Pilo.

In an informal location, Serena Danna and RGI will comment on news and discuss on the digital creativity as a driver for innovation.